Tips for Better Networking at Your Next In-Person Event 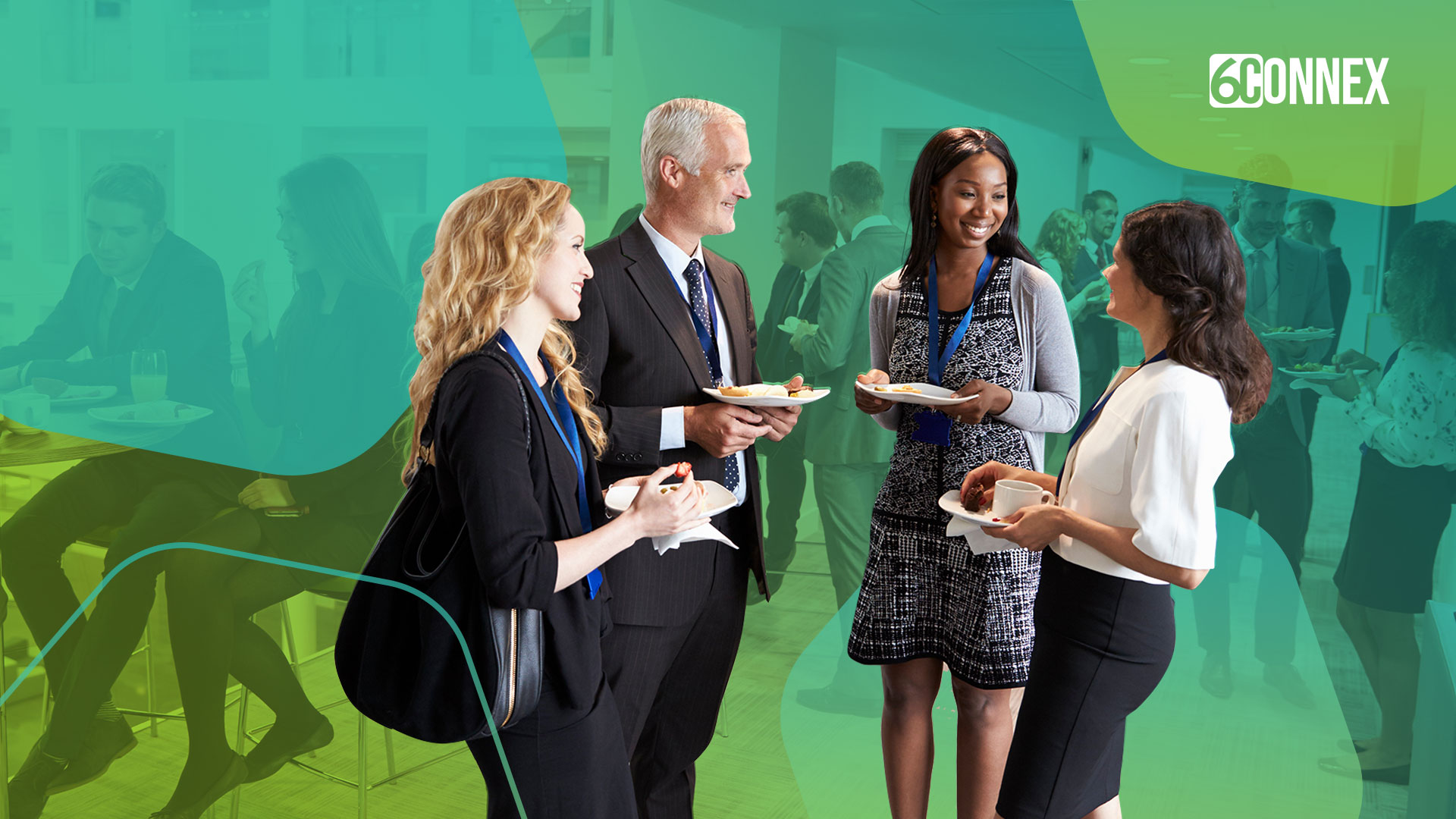 If you had to make a list of some of the most valuable resources professionals have available, networking opportunities would be right at the top. In-person events provide endless opportunities to meet new contacts, market your latest event technology, and nurture deeper relationships with clients, making it essential.

At its core, networking is about more than just meeting new people. According to one recent study, a significant 31% of people looking for a new job say they've found open positions through either professional connections or referrals. And if a job comes down to you and one other candidate, the fact you have a professional connection with someone who already works at the company could be enough to tip the scales in your favor.

Likewise, you never know who will be able to help you later in your career. If you make a connection today, that person might remember you and offer you a job five years from now when they're in a more senior position at their company (or are working for a new one). Even in a "worst case scenario," where networking doesn’t yield a job offer, networking sessions still enable you to meet people in a similar career situation to yours - people who understand your skills and experience and who may be able to offer advice about what you should do next.

But effective networking is about more than just walking up to someone and saying "hello" or slipping them your business card. If you really want to make the most out of a networking session, here are a few tips you'll want to put into practice.

Don't overthink it. Try to be yourself.

One reason in-person networking events are effective is that they're an opportunity to show off your personality to as many people as possible - provided you don't overthink it. Try to get out of your head and resist the urge to make the networking event more complicated than it needs to be. Not every interaction has to be a home run and in fact, not all of them will be. You're not going to "click" with every person you meet. But there’s no need to pretend to be someone you're not to force a connection. People can feel sincerity, and the more earnest and genuine you are, the more likely you are to make a good impression.

Always remember that networking is a two-way street. Yes, you've come to the event with the goal of meeting as many new people as possible. But so did everyone else. Don't monopolize each conversation by talking exclusively about yourself. Let others get a word in, too.

Prepare some conversation starters in advance.

One mistake you do not want to make at a networking event is walking up to someone, introducing yourself, and then having absolutely nothing to say. If you want to meet people, you will likely have to make the majority of the introductions yourself. But if you don't have at least something relevant or interesting to segue into after that initial handshake, you're not going to accomplish as much as you’d like.

You could go with a fairly straightforward, "So, what brings you to the event today?" or something a bit more complicated like, "I'm trying to learn how other entrepreneurs choose their leadership team. Do you have any suggestions?" Either way, it's important to show interest and curiosity and to get the other person talking.

It's important to remember you're at a networking event for the express purpose of meeting new people, and you want to meet as many people as you can in a given day. However, you can't accomplish this if you A) get caught talking to someone and are unable to break away, or B) let yourself turn every interaction into an hour-long conversation. Networking is one of those situations where you're trying to go for both quality and quantity at the same time.

Therefore, it's important to practice what professionals refer to as "The 5-Minute Rule." This means trying to limit all conversations to just five minutes. Cover all the bases as quickly (but as naturally) as you can - who you are, what you do, etc. Ask questions of the person with whom you're talking so they can see you're serious and after five minutes, exit the conversation gracefully and move on to the next person.

Don't worry about someone thinking a short conversation is somehow "rude" - remember, they're networking, too. They'll likely appreciate that you valued both the conversation and their time, and both of you will get to maximize the number of people you meet throughout the course of the in-person event.

Don't forget to find the bar.

For as powerful and versatile as virtual event solutions are, one thing they'll never be able to replicate is the experience of meeting new people at the end of the day at the hotel bar. After all, food and beverages are some of the most powerful engagement tools there are, so say hello to happy hour!

At the end of a networking event, people are tired and may be looking for an opportunity to unwind. In a less structured setting, networking event attendees can loosen up a bit more than they were during the day and conversation may be easier. You could also connect with people you didn’t have a chance to meet at the event itself.

Finally, it's crucial to remember the networking process doesn't end after the event has finished. If anything, it's only just beginning. Once you make your introductions and collect business cards and other forms of contact information such as social media handles, it is imperative you remember to follow up in the days and weeks ahead.

The follow-up process at an in-person networking event is similar to that of a hybrid and virtual event. Go through the contact information you've collected and the notes you've taken and send follow up emails to everyone you met. The emails don't necessarily have to be long or overly complicated. Something as simple as, "Good afternoon, [INSERT NAME HERE]. I had an excellent time talking to you about [TOPIC] at the event last weekend. If you're interested, I'd love to get together for lunch or even a cup of coffee sometime soon to talk more. All the best, [YOUR NAME]."

A follow up message can be short, sweet, and to the point. It reminds the recipient of who you are and what you discussed and shows you valued their time at the event. Most importantly, it also opens the door to further developing your professional relationship.

Networking events are great vehicles for meeting new people at all levels in your industry who may be able to further your career development. They can also expose you to new ideas and perspectives.

At 6Connex, we pride ourselves on being so much more than just another provider of enterprise technology for in-person, virtual, and hybrid events. We're a true partner in every sense of the term - one that can assist with everything including networking events, event marketing, sales kickoffs, employee gatherings, HR meetings, virtual office builds, and more. We believe the possibilities are endless when it comes to technology-driven events and virtual venues, and we're eager for the opportunity to show you just how innovative we are.

If you'd like to learn more about the ways in which you can network more effectively at your next big in-person networking event, or if you have any additional questions, please contact 6Connex today. You can also request a virtual event platform demo.

If you're looking to plan an alumni event, you may feel a bit overwhelmed by where to start. Although building a guest list is pretty easy, deciding what to do at the event... END_OF_DOCUMENT_TOKEN_TO_BE_REPLACED
Event Technology & Trends
6 min read | May 18, 2022

It doesn't matter what type of business you're running or even the industry in which you're operating,  conferences, trade shows, exhibitions, and other types of in-person... END_OF_DOCUMENT_TOKEN_TO_BE_REPLACED